Made with local,fresh wild blueberries... 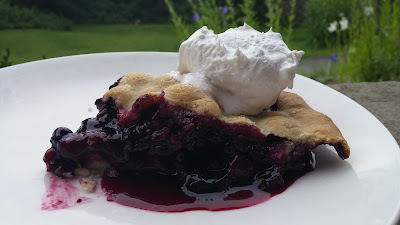 Posted by veganomica at 2:25 PM No comments:

Posted by veganomica at 10:02 AM No comments:

Posted by veganomica at 9:49 AM No comments:

Salad - it's not just for breakfast.

Posted by veganomica at 9:37 AM No comments:

Posted by veganomica at 9:20 AM No comments: 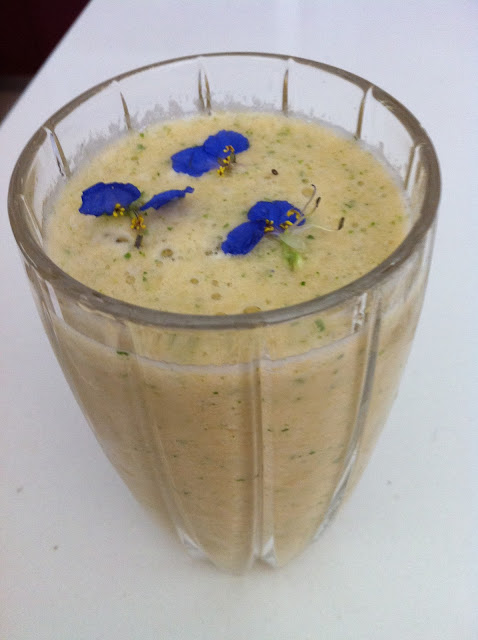 
It's been a while since I posted. It seems I don't have the time to write about the food I make. I'm still cooking and eating! A friend suggested that I just post the pictures of what I've been making and if anyone is interested in the recipes, to just ask and I will write back! 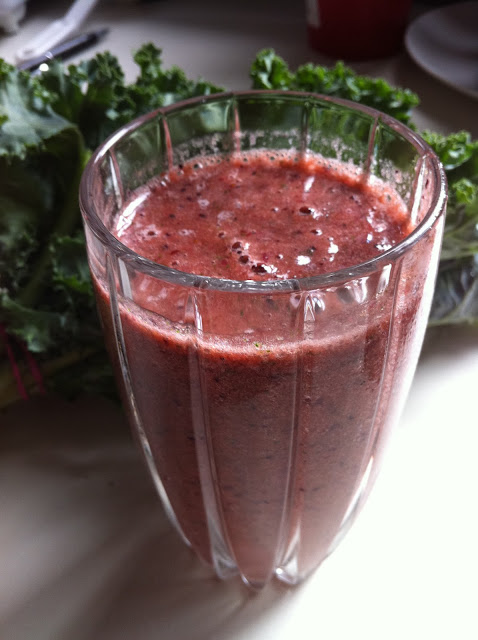 The deep red color of  this smoothie comes from the bing cherries and raspberries. The nectarine was also a deep red and golden yellow. 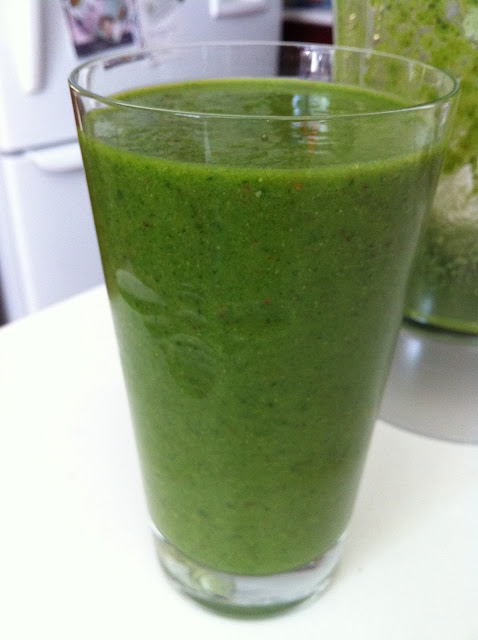 Kale Smoothie
Posted by veganomica at 9:05 AM No comments: 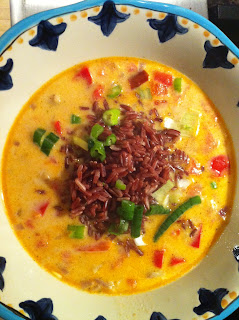 When I first became vegan sixteen months ago I made this soup just about every week. It's very easy to make and is very satisfying. I think I don't make it as much as I used to because my palate has changed. Eating the 'SAD' (Standard American Diet) you tend to consume very rich, fatty, animal-based foods and preparing a dish with lush coconut milk is a good way to make the transition to vegan food, which tends to be leaner.

I ripped this recipe off from epicurious.com. Before I became vegan their website was my go to source for recipes. But they really don't have a lot of good, satisfying vegan recipes on their website. They're getting better, but they're not quite there yet. Most of their vegetable dishes are meant to accompany meat main courses and some of their vegan recipes call for way too much tofu, in my opinion.

Following is the link to their website: http://www.epicurious.com/recipes/food/views/African-Curried-Coconut-Soup-with-Chickpeas-352349. It's from the book The Tropical Vegan Kitchen, by Donna Klein, which I'm considering buying since this recipe was so tasty!

I modified this recipe slightly based on what I had on hand. I used spicy curry powder instead of mild curry powder, substituted chiles de arbol for the jalapeno, used full fat coconut milk in place of light coconut milk, and used Ruby Red Jasmine Heirloom Whole Grain Rice instead of white or brown rice. They also recommend making this with black eyed peas instead of chick peas which I have tried on numerous occasions and is also very good. I prepared this last night and my husband had three large servings!

veganomica
Martina Bacarella - trying to make the world a better place for all of its inhabitants through tasty eats!! I became vegan in Fall of 2010 for a variety of important reasons. All the recipes posted here are also gluten-free since my husband has Celiac Disease and I cook with him in mind. If you see something you like and I haven't posted the recipe yet, just ask and I'll get it to you. Most of the food you see here is stuff I made and I then took pictures of with my iPhone. No air-brushing, no high res camera, just pure, unadulterated good food.